Short for Massachusetts Avenue, Mass Ave is known for its great restaurant scene and high-end condo living, in addition to being the home of many historic sites in town. It's located northeast of Downtown on Mass Ave between Delaware and 10th Streets. Be on top of everything Downtown Indy has to offer at 333 Mass Ave. Panoramic view of Indy from the 1475 sq ft wrap-around deck. This stunning residence was professi... The center of the (Downtown) universe! 333 Mass is easily one of the most desirable addresses in our urban core. This condo has an EZ flexible floor plan & is taken ... Have you ever dreamed of living right on Mass Ave? Do you like to be in the center of everything, yet able to escape to your own space whenever you want? This beauti... WOW - An upscale residential home in a premiere location: 1/2 block to Mass Ave and one block to the new Bottleworks District! Enjoy numerous entertainment opportun... Mass Ave is one of six designated cultural districts in Indianapolis. Located just a few blocks northeast of Monument Circle, Massachusetts Avenue was one of the four original diagonal streets of downtown Indianapolis, which included Indiana, Virginia, and Kentucky. Today it lies at the heart of the city's cultural district, and features some of Indy's most popular theaters and art galleries, as well as a number of shops and fine resturants. 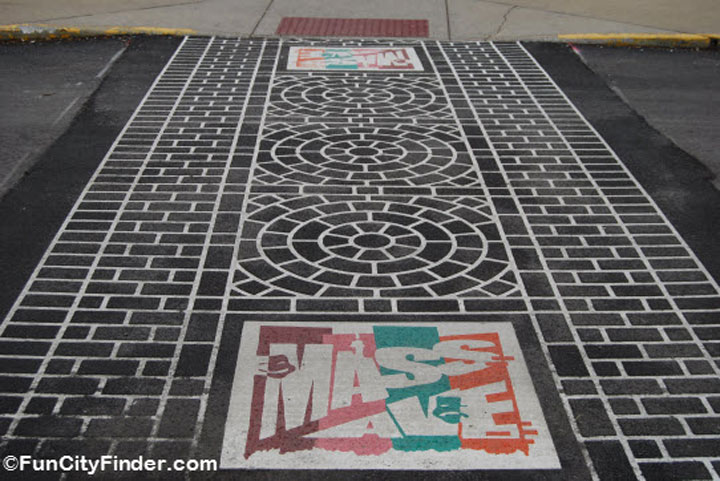 Massachusetts Avenue was originally platted to link to the Pendleton Pike, which reached far into northeast-central Indiana. It was natural for businesses to develop along the route. The Commercial District developed here as an important outlying commercial area that served trolley commuters during the late 19th and early 20th centuries.

Houses were also built here, but Citizen's Street Railway extended a trolley line down Massachusetts leading the area to all commercial use by the late 1800s, turning Mass Ave into a hotbed of commerce between 1870 and 1930. 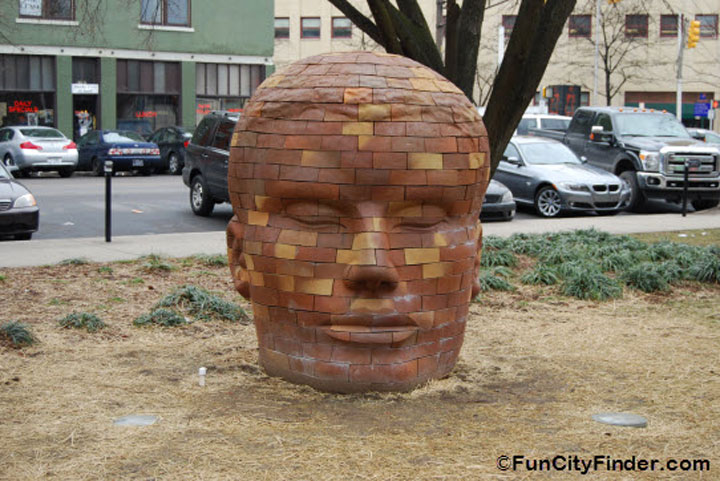 Originally a major thoroughfare into and out of the city, that all changed in the 1960s, when construction of the inner loop of I-65 and a bank tower in the 100 block cut off most through traffic. Those working and living here at the time remember a very different Mass Ave than the one found today — one of squalor and depair. By the late '60s, Mass Ave had become home to a seedy mix of drug dealers, gamblers, and vagrants.

Since then, however, merchants have reinvented Mass Ave, gentrifying the neighborhood, and turning it into one of the city's more fashionable addresses, featuring numerous art galleries, restaurants, apartments, condos, and small specialty stores. The district includes a remarkable collection of commercial, industrial, and institutional architecture. It was listed on the National Register of Historic Places in 1981.

Beginning in 1982, a half-dozen art galleries moved into the area, spurred by low rents. At the time, the idea of using art as a lubricant for economic development was a new idea. In Indianapolis it was part of a broader strategy to revitalize the entire Downtown area.

What really drew the big crowds were the free wine-and-cheese parties hosted by the galleries. It was the begining of the city's "First Fridays." Today they're spread all over town, but back then, the parties were concentrated in a two-block area.

Today, Massachusetts Avenue, between the 300 and 900 blocks, is one of the liveliest, most fashionable stretches of road anywhwhere, a busy, high-rent entertainment zone that oozes an air of excitement and free-spirited mood that is "45 degrees from ordinary."